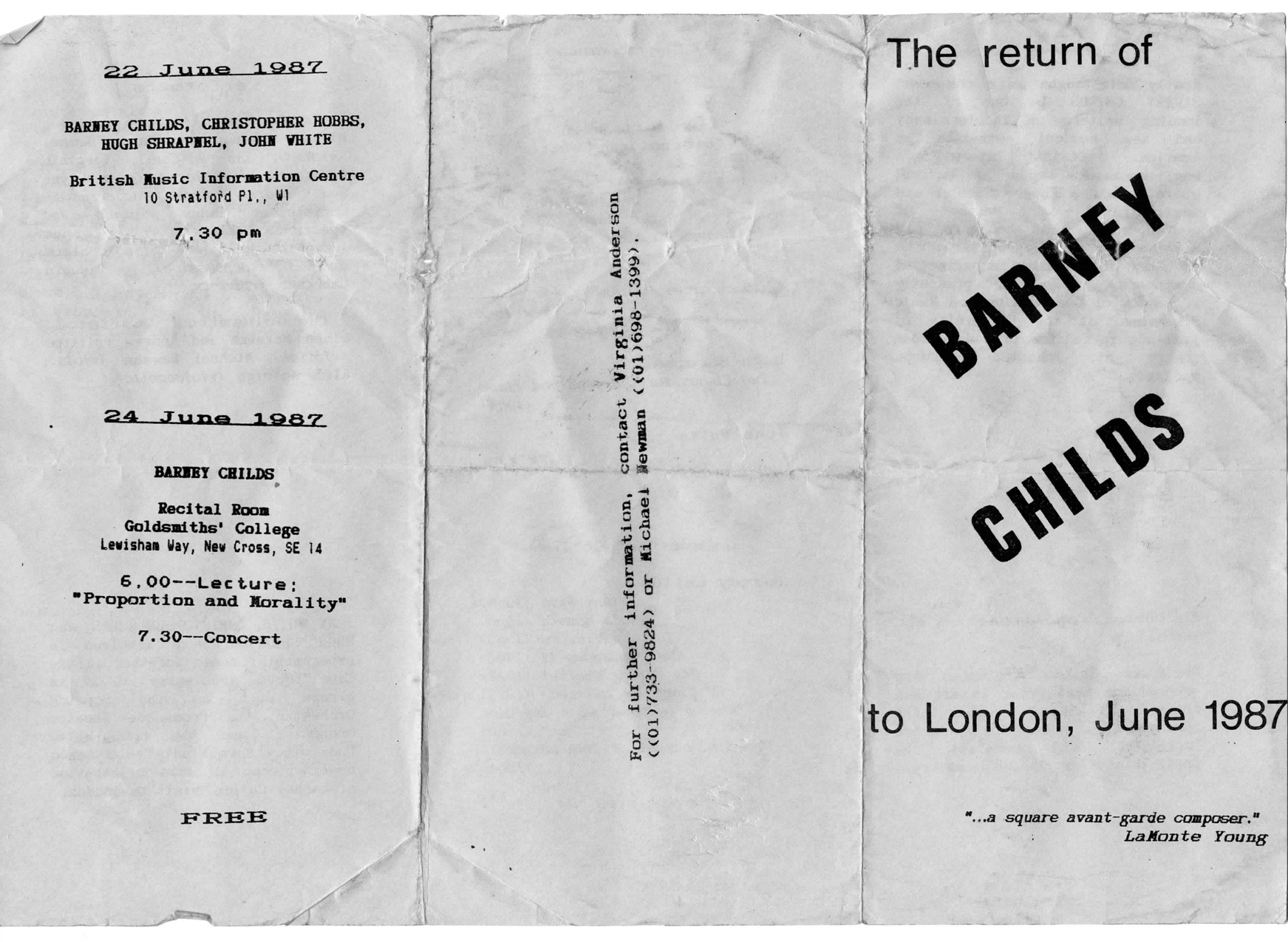 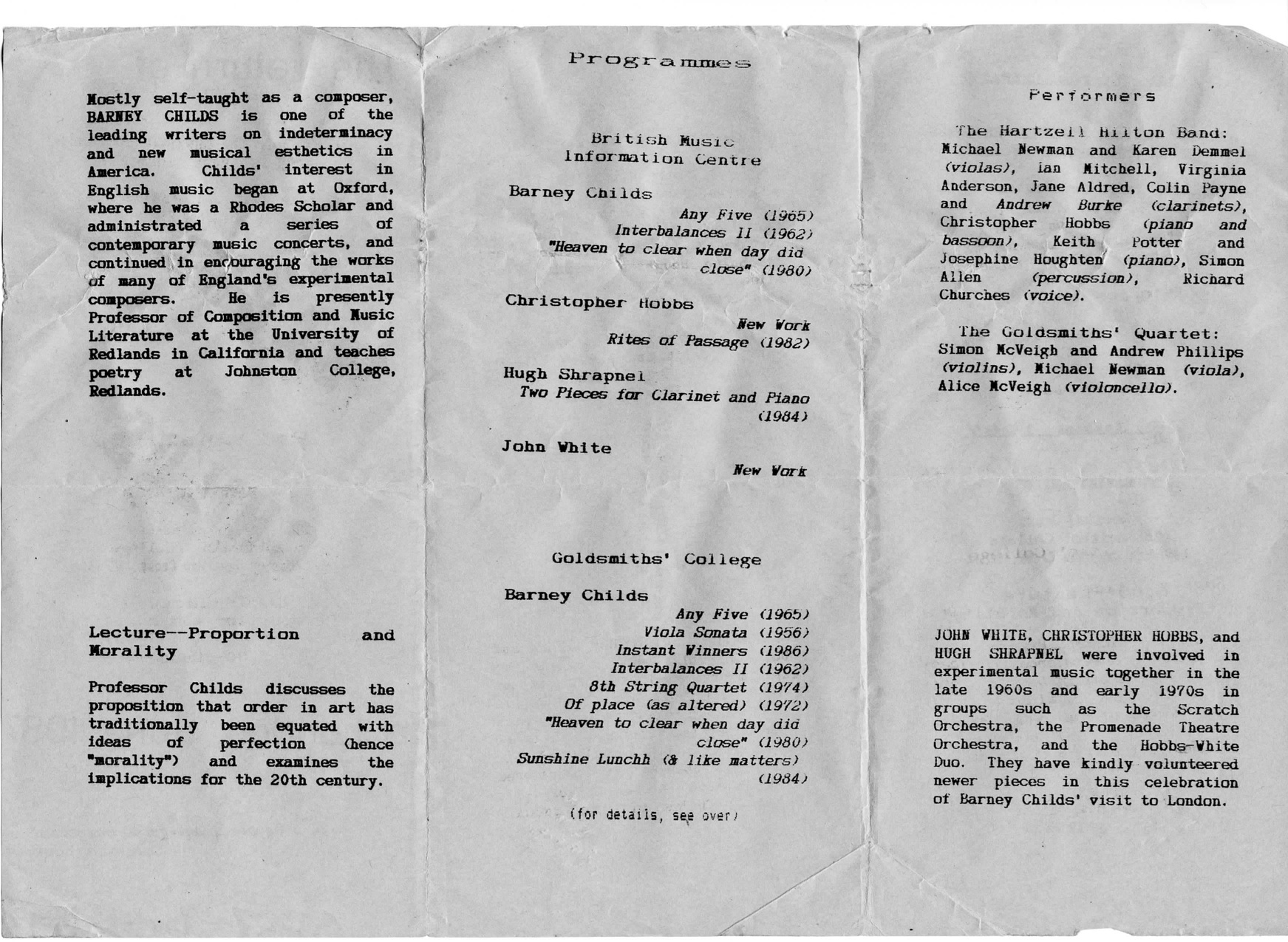 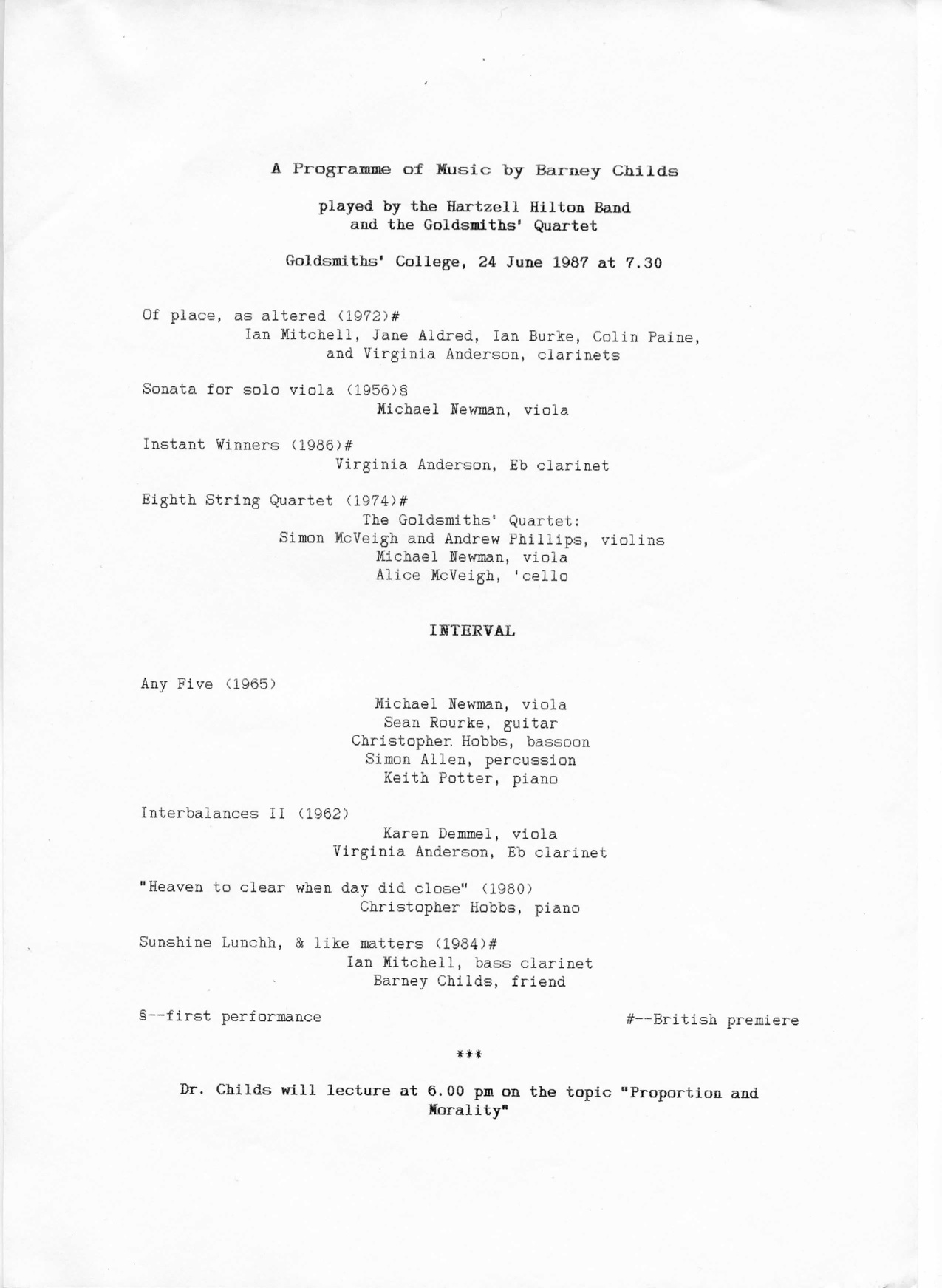 The EMC Blog pages have been a bit bland for the last few months, as we’ve had some trouble with media uploads in WordPress. We have just found a workaround that allows us to show you pictures again. Here’s what you may have missed, unless you have been following our Facebook page ( https://www.facebook.com/emcsystems ). First, a throw-back picture from the 1982 Classic Masterworks of Experimental Music Festival, which I curated at the University of Redlands, California. This is George Brecht’s Incidental Music (the result of the third of these five piano pieces, ‘Photographing the situation’). 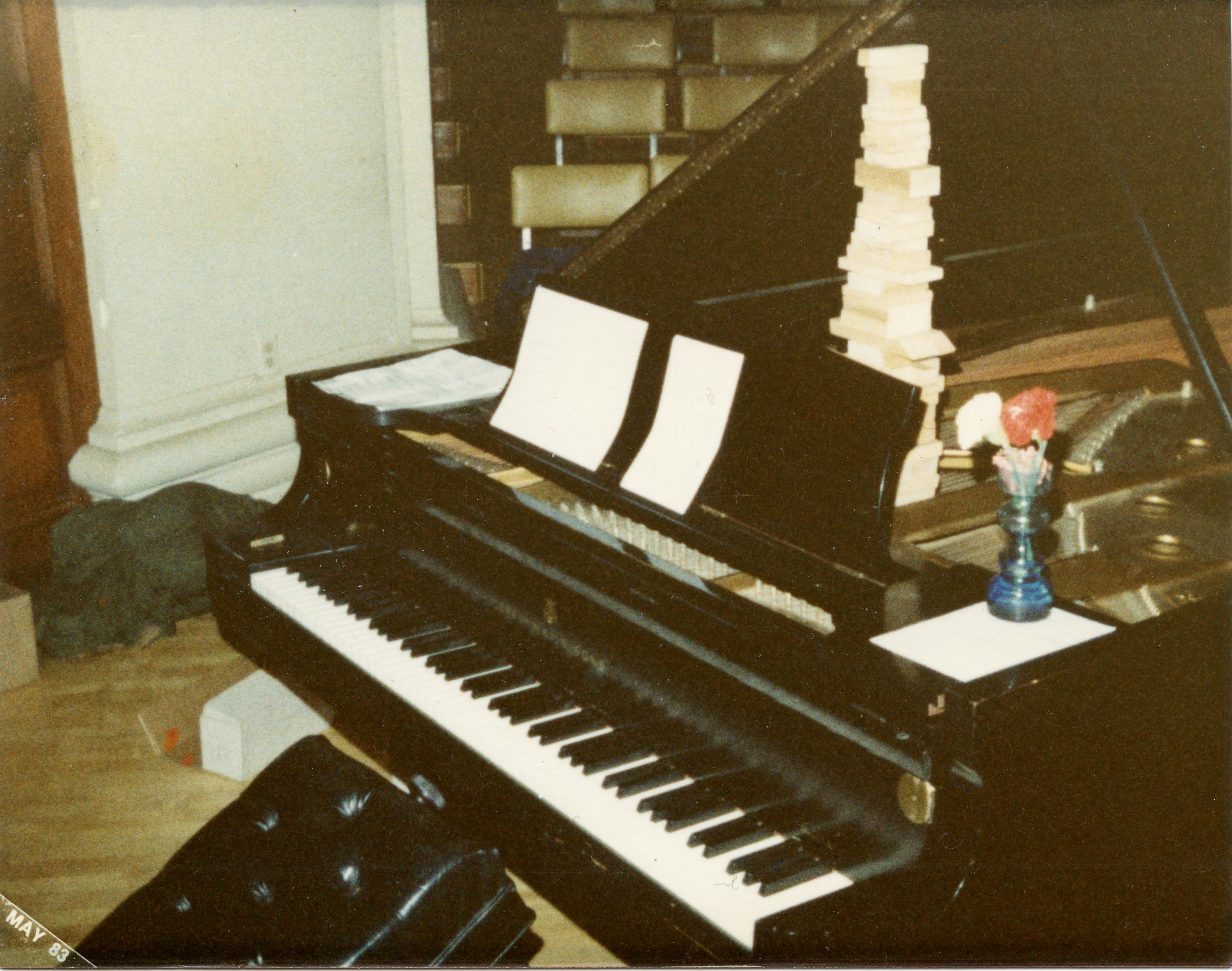 Then, another pair of pictures that amused me. The first is Christopher Hobbs, performing at Euston Station with the Scratch Orchestra in 1970; the second is Hobbs, performing Paragraph 2 of Cornelius Cardew’s piece The Great Learning at the Union Chapel, London, on 11 July 2015. We hope to provide more pictures as they come. 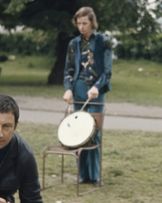 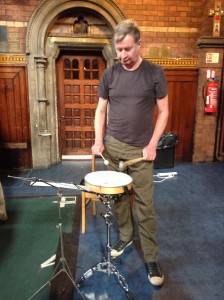 Hello — this is a test upload of a picture, to see if we have fixed problems with our media library on this blog. For what it’s worth, this is an image of Paragraph 4 of Cornelius Cardew’s The Great Learning at the Union Chapel, Islington, 11 July 2015. 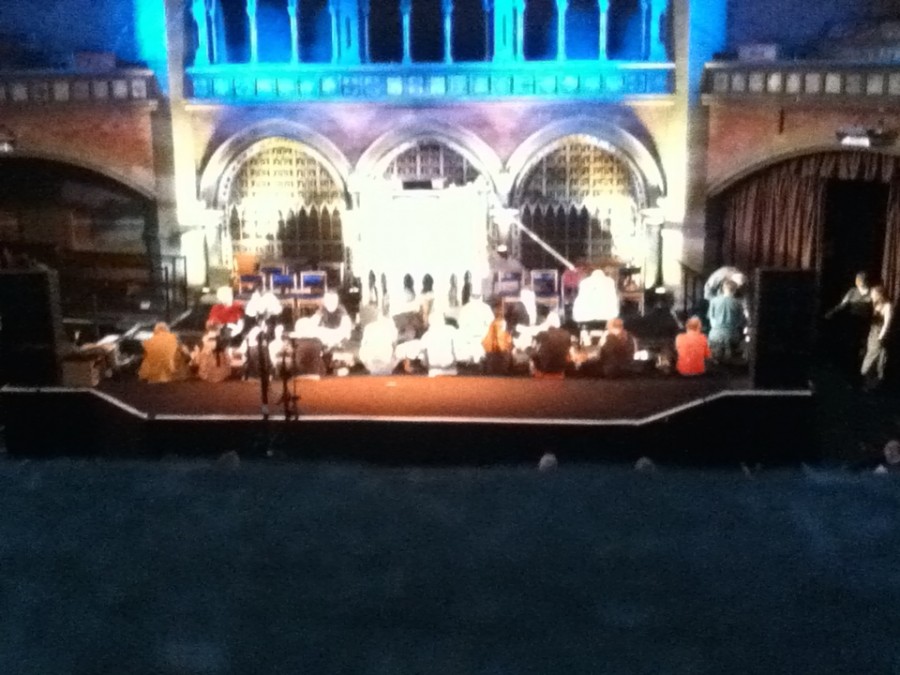