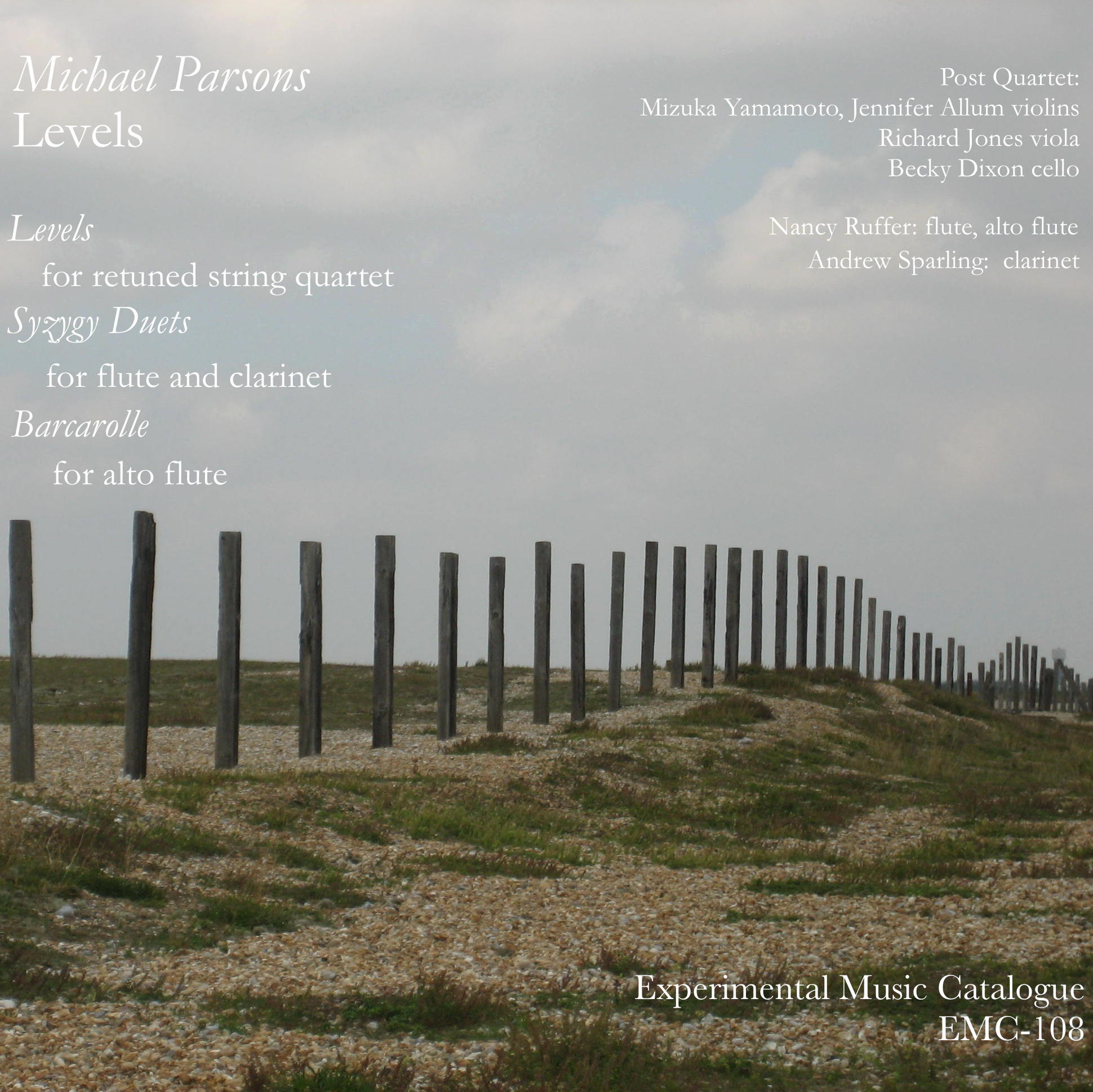 One of the really consistently fascinating things about Michael Parsons as a composer is his thorough, microscopic investigation of musical elements. These three pieces share that fascination. Really lovely, lovely music. You can get it here on the EMC Bandcamp page: http://bandcamp.experimentalmusic.co.uk/album/levels. And if you find that you like the EMC’s new Bandcamp page — which will be featuring archival and new recordings as quickly as we can get permissions and set them up — do think about giving extra to the EMC to help keep this page up. There’s more to come — perhaps Californian and a good vintage — but I can’t say more at present.

One of the central figures in British experimental music, Michael Parsons has donated some music for the EMC Bandcamp page. First up, is his computer piece from 1995, Tenebrio, written at the request of the BBC for a programme of Nocturnes for a late-night show on Radio 3. Michael Parsons explains:

It was made with two CX5M Yamaha music computers using frequency-modulation (FM synthesis). The ‘voice’ programme of the CX5M computer was used first to introduce noise-like sounds of indefinite pitch, which are then progressively transformed by gradually expanding the frequency range to reveal unfamiliar pitch sequences in the form of a ‘random walk’. These are joined in the middle of the piece by pure sustained sounds with very slow glissandi.

Michael Parsons was one of the founders, with Cornelius Cardew and Howard Skempton, of the Scratch Orchestra in 1969. His music is consistently rigorous, and almost always beautiful. Tenebrio will be followed soon by a short album of acoustic instrumental music, and more tracks will follow as we receive them.

When asked for recordings for the EMC Bandcamp page, Michael declined to set a price on these recordings. There is, however, a facility on the Bandcamp page which allows the listener to set a gift price which will help to pay for the EMC’s Bandcamp page and for further tracks. You can find it here: https://experimentalmusiccatalogue.bandcamp.com/music .

Last night’s South Leicestershire Improvisors Ensemble monthly residency at Quad Studios, Leicester, featured special guest, the innovative percussionist Walt Shaw. Virginia Anderson laid out for part of a set to snap this candid film before returning to her bass clarinet. Lee Allatson, the drummer on the left of the picture, made some more formal films, which we shall share as soon as possible. Completing hte line-up is Bruce Coates, on sax, Chris Hobbs, piano, and some guy walking through the stage area for no apparent reason (actually, there is a reason: there’s an entrance behind the curtain).