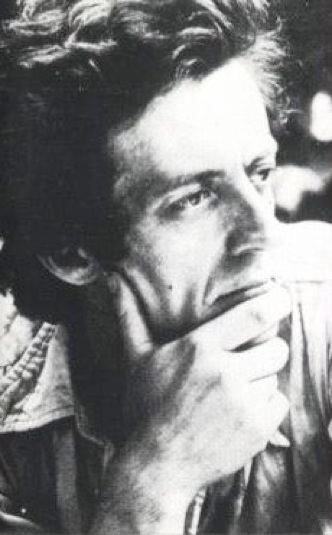 Works on the EMC

CC0038. Cornelius Cardew. Schooltime Compositions. Pdf facsimile of the original document, with all contents in Cardew’s hand.  30 pp. £7.50. Cardew’s famous 1968 ‘opera book’ that immediately preceded The Great Learning. Schooltime Compositions contains notes, scores, visual elements — all involved with the exploration of ‘experiment’ in the methodological sense as well as the musical sense. It is marked with Cardew’s signature and a number, from the original limited edition.

CC0025. Cornelius Cardew. The Great Learning. Pdf facsimile of the original document, with all contents in Cardew’s hand.  23 pp. £35. This is definitely the largest and greatest piece associated with British experimental indeterminacy in the classic era. Dedicated to the Scratch Orchestra as a whole, The Great Learning, based on the Confucian writings Dà Xué, sets the introductory paragraphs. In total, the piece can be played by a large number of reading and non-reading musicians, and the performing time is about nine hours. However, it is not mandatory to play the whole Great Learning. Compositions and entire Paragraphs include solos and small ensembles. These can be performed by non-reading or reading musicians. It is also a magnificent piece just to read and to contemplate.

CC0019. Cornelius Cardew.  Boolavogue. For two pianos.  A4 computer type-set, 39 pp.  Produced by the Cornelius Cardew Foundation and distributed by the EMC.  £9 + p & p. Cardew had planned on a four movement work entitled Boolavogue Sonata, but sadly died before completing the fourth movement.  The piece as it appears here, though, was premiered during the composer’s lifetime by Susan Bradshaw and John Tilbury in March 1981.

CC0020.  Cornelius Cardew.  Thälmann Variations. For solo piano.  A4 composer’s manuscript facsimile, 30 pp.  Produced by the Cornelius Cardew Foundation and distributed by the EMC.  £6 + p & p. This work celebrates the work of Ernst Thälmann, who was the secretary of the German Communist Party from 1927 until he was imprisoned and then murdered by the Nazis.  This 20 minute piece forms some beautiful, sometimes surprising variations on the ‘Thälmann Song’ of 1934.

CC0022.  Cornelius Cardew.  Piano Album 1974. For solo piano.  A4 computer type-set score, 18 pp.  Produced by the Cornelius Cardew Foundation and distributed by the EMC.  £6 + p & p. This Album continues the pieces on the ampersand CD: Bethanien Song, Red Aid Song (not on the CD), Revolution is the Main Trend, and The East is Red.

CC0023.  Cornelius Cardew.  Three Bourgeois Songs. For voice and piano, 1973.  A4 card-covered composer’s manuscript facsimile, 33 pp.  Produced by the Cornelius Cardew Foundation and distributed by the EMC.  £7.50 + p & p. One of Cardew’s early works in his politically-aware era.  ‘The Turtledove’ is probably the best-known of the pieces in this set, and works very well as a short show-piece for a soprano.

Books and collections of scores:

The essential work on Cardew is John Tilbury’s massive biography:

Others to be added soon.

Boppin’ to The Great Learning