Well, we’re pretty chuffed here at the EMC. Gavin Bryars has made a Herculean effort and has brought out two of the original Obscure Records recordings, struck from the master tapes onto CD. The first CD is Gavin Bryars’ Jesus’ Blood Never Failed Me Yet and The Sinking of the Titanic. Originally recorded on Obscure in 1975, this is part of Gavin’s GB Recordings Archive Series. You can find it on Gavin Bryars’ website: http://www.gavinbryars.com , on Amazon, and the usual places for CDs and downloads. 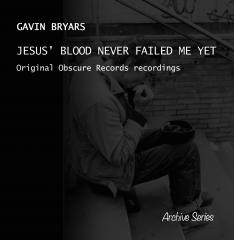 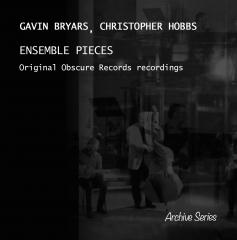 Also available is Gavin Bryars and Christopher Hobbs, Ensemble Pieces. This record is a compilation of two Obscure recordings, Chris Hobbs’s Aran and McCrimmon Will Never Return, and Gavin Bryars’ 1, 2, 1-2-3-4, from Obscure 2 (Ensemble Pieces), and Bryars’ The Squirrel and the Ricketty Racketty Bridge from Obscure 8 (Machine Music). Both CDs contain the original liner notes and updates, including pictures from a recent revival in London.

We’ll have more on this as we receive further news, including provisions for other formats and signed copies.

Here are some pictures and impressions from the Christian Wolff at Orpheus Study Days, 28 and 29 September at the Orpheus Research Centre, in Ghent, Belgium, as promised (before our host upgrade slowed things down…). The show started off a bit late — Eurostar from London was delayed because thieves had stolen track cables in France — but it was jolly and productive, in the way that Orpheus study days are. Our host for the proceedings was the composer and historian William Brooks, and the guest for the proceedings was Christian Wolff, himself. Although there were papers and discussion, there was a lot of time given to the performance of Wolff’s music by several very talented young professionals and students. This reflects the Orpheus goal of Artistic Research, using performance as part of the research whenever possible.

The first session contained the formal papers. Ann Warde, a Fulbright recipient from the US, resident in York University, took structural elements, especially durations, to examine the similarities in sound organisation between two very different Wolff pieces (Dark as a Dungeon and Edges). My paper, as can be seen in the abstract, dealt with a 1972 interview with Wolff by the composer Barney Childs, focusing on Wolff’s then most recent project, his large-scale experimental work Burdocks. Luc Vaes’ paper was not on Wolff, per se, but was a welcome look into performance practice of indeterminate music, focusing on the music of Mauricio Kagel.

After lunch, and the keynote address by Philip Thomas, TWO (the pianist Joseph Houston and the violinist Aisha Orazbayeva) put themselves up for scrutiny from the assembled delegates and the composer, in their performance of his work. Orazbayeva was particularly interesting as a performer, having ‘given up’ vibrato some time ago. Her tone is thus ethereal, almost folklike.

The afternoon was followed by a lovely wine reception and dinner at a local establishment.

The morning session contained more performances, including a rather stunning performance by the flautist Hannah Reardon-Smith of 13 Changes by Pauline Oliveros, and an exercise in directed improvisation by Jerry Wigens.

The afternoon saw a kind of wrap-up of ideas regarding performance and the social factor in Wolff’s music.

I have purposefully omitted to apply any critical judgement on the event because I think it should stand alone here. Almost all of the two-day event was eminently useful and highly enjoyable. Meeting Christian Wolff again was a personal highlight for me and, in many ways, personally moving. The event elided into a larger Orpheus festival which by all accounts was lovely (I was unable, sadly, to attend). But these two days provided a small-group setting in which we all had the leisure to interact with the performers, the scholars, and with Wolff himself.

Having had some delay due to a web server upgrade, we were unable, until now, to post a photo here that I received, thanks to Christian Wolff. Some of you may have seen this on the EMC Facebook page (https://www.facebook.com/emcsystems/, which is a good source for immediate things of interest), but I wished to place the picture here, where it will have a more permanent place to live.

Here is (l-r) Christopher Hobbs, Cornelius Cardew, and Christian Wolff rehearsing Trio II for Sounds of Discovery, at the International Students House, London, 22 May 1968. This four-day concert series occurred when Christian Wolff was resident in London, about the time he was working on his Prose Pieces and, coincidentally, Cardew was creating the first Paragraph of his massive work, The Great Learning. This concert was just under a year before the Music Now Festival at the Roundhouse, London, which would see the premiere of Paragraph 2, as well as provide the basis for the Scratch Orchestra.

Some of the materials in the foreground are there for another piece. The four-day event also included the British premiere of Terry Riley’s In C, directed by Hobbs. Hobbs was, at the time, just 17, and a student of Cardew’s at the Royal Academy of Music, but Cardew brought Hobbs into the scene as an equal participant.

I was absolutely thrilled to find that Christian Wolff had this photo, and for the Dartmouth University Library to provide a copy (it is part of a current exhibition on Wolff). In these days of digital snapshots, it is easy to forget how infrequently we documented our lives on film, due to the expense (especially indoor shots, which then required flashbulbs or fancy film stock). I will add more to the context of this photo in due course, but I thought it worth showing.

Hi there, admin here (tee-hee). We have some problems with our media (pictures, mostly) on the blog, due to some glitches with an upgrade at the server level. If you see nothing, or a big blue empty box, that’s what’s happening. We hope to fix this, and to upload some nice historic experimental music stuff very soon.