Here’s some relatively new goodness we got about Jim Fox’s label Cold Blue, a March review of Cold Blue 2 on New Music Box:

which includes a very pretty track by Jim. If you haven’t got this record, then it’s worth checking out — the best in that kind of long, lovely and almost lonesome music that CB does so well. It’s very much an ‘LA’ sound, even though some of the composers (like Gavin Bryars) are not LA people.

But that’s not all. Two of the pieces at least, James Tenney’s and Larry Polanski’s use Partch instruments, with their special tuning, and NMB has offered a little contextual information. At the bottom we found a link to a very old article (2002! Love the picture, Dean!) by Dean Suzuki on invented instruments in experimental music, covering a wide range of instruments:

If you haven’t read it, do. It’s an enjoyable read for general audiences and covers a range of instruments and their uses in experimental music from all over the world.

Here’s a link to a soundcloud file of a concert by the Nottingham Wind Orchestra and Contempo New Music Ensemble. The first entry on the page (marked ‘Chris Hobs’) is No One May Ever Have the Same Knowledge Again, Hobbs’ setting of the book of the same name edited by Sarah Simons, and published by the amazing Los Angeles Institution, the Museum of Jurassic Technology.

We think it’s rather neat playing by the students. Let us know what you think!

Mike is deeply committed to Fizzle (and our best on your nupts!):

Hi, Just to let you know about the Fizzle special this Thursday.
I’m sure that this gig will be incredible, so sure in fact that I’m taking a day out of my own stag do just to be there!

The previous gigs with a similar line up have been full so arrive early to get a good seat!

The very nice Mike Hurley sends us Fizzling with köökies:

Fizzle this Tuesday 21st May at The Lamp Tavern, Barford St, Birmingham, B5 6AH.

Christopher Hobbs and Dave Smith will appear in a lecture-recital, ‘British minimalist and postminimalist music for piano duet and two pianos’, at the Institute for Musical Research conference, With Four Hands: Music for Two Pianists on Tuesday, 18 June 2013 at 3.15 pm. This will be preceded by a paper by Virginia Anderson, ‘Remorseless lambs: Piano duets in British minimalism and postminimalism’, at 2.15 pm. Included in the lecture-recital will be works by Hobbs, Smith, John White, Michael Parsons, Howard Skempton, and others, representing some of the greatest works in the British minimalist and systems repertoire. This is going to be a historic concert, uniting two of the best-known systems piano duos of the 1970s (Hobbs of the Hobbs-White Duo, Smith of the Smith-Lewis Duo), with some pieces (such as an excerpt of Hobbs’ The Remorseless Lamb) in a rare performance or the first performance since the 1970s and 80s.

The event will occur at Senate House, Chancellor’s Hall, University of London (Malet Street London WC1E 7HU), and represents one session of the conference, with Anderson’s 20 minute paper and Hobbs and Smith’s 45 minute recital.

You can see the information here:

and the entire programme here:

1. Note that Anderson’s paper has been moved from the later time on this programme.

2. Also note that the prices for attending are for the entire day or the entire conference, so this might be financially viable for those of you with university research support. We are trying to find a venue with two matched pianos so that Hobbs and Smith can perform this as a concert (and include the whole of Remorseless Lamb). Do get in touch if you have/know about such a venue. 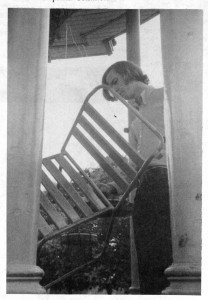 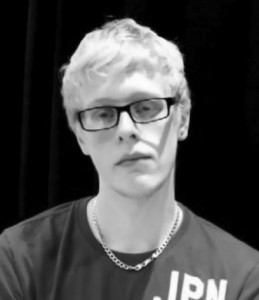