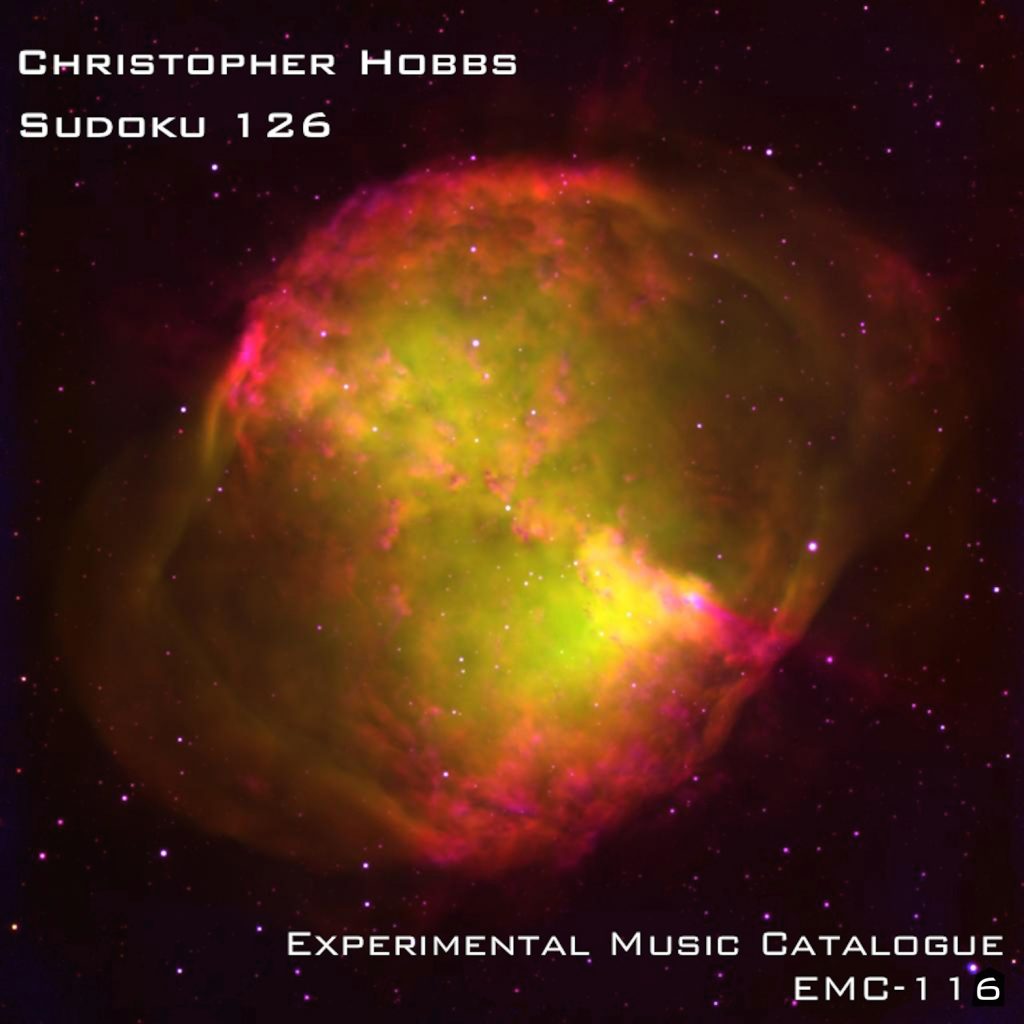 New Release: Christopher Hobbs’ Sudoku 126 (2009), one of his Sudoku series, in which Sudoku mega puzzles determine sounds made using the Apple Garageband program. Hobbs tells it like this:

Sudoku 126 dates from 2009. It is one of a series in which long held notes, encountering each other on the same track, interact in unpredictable ways, causing wild fluctuations of pitch. In this Sudoku there are eight tracks, each containing eight notes which diminuendo over a period of four minutes. The choice of pitch and time of initiation within the track were determined by chance. The accompanying image is meant to suggest the “spacey” nature of the piece.

This Sudoku is scheduled to appear as an installation at an upcoming study day at Coventry University (more on that when we know more).

In the meantime, listen for free or download to have throughout the space-time continuum for £3 (or more if you like) for just under 40 minutes of outer-space goodness. You can find it here: http://bandcamp.experimentalmusic.co.uk/album/sudoku-126